Baby Eggplant Curry is a rich and flavorful dish that’s perfect for those in-season baby eggplants. It’s full of protein and fiber, is vegan, gluten-free, and is ready to eat in about 30 minutes. 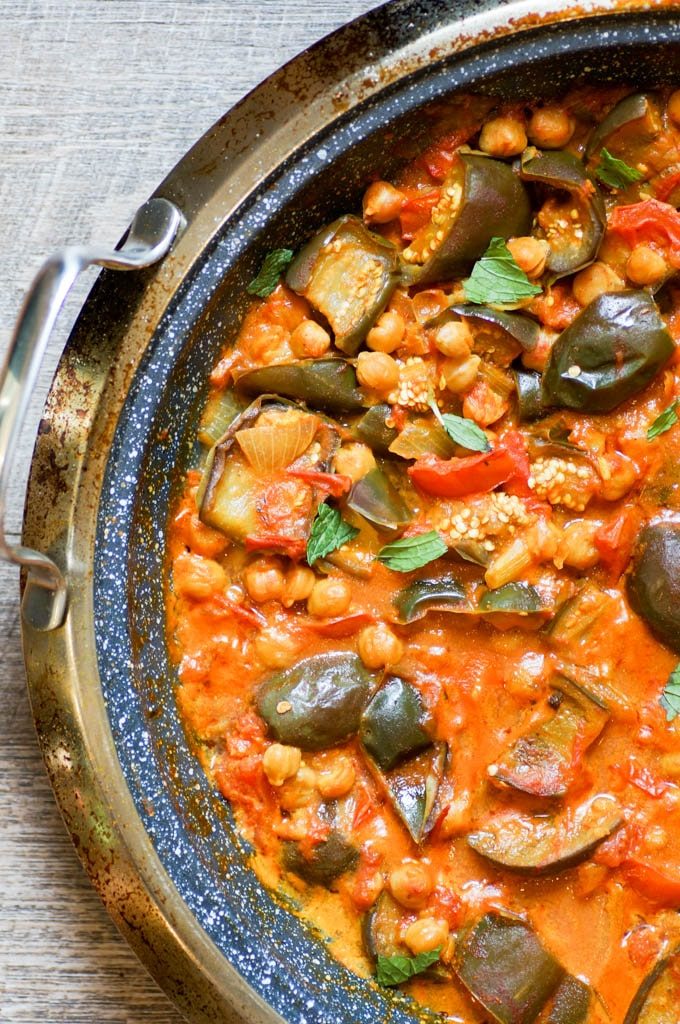 As an Amazon affiliate, I earn from qualifying purchases.

I’m a sucker for baby versions of practically any vegetable, and eggplant is no exception. I saw the cutest little baby eggplants at my local farm stand, and decided to buy a bunch. After thinking about it, I decided to use them in a curry, and Baby Eggplant Curry was born.

This meal has more than a few ingredients, but I promise it is worthwhile to try. The flavor from sautéed ginger, garlic, onion, and spices will make it seem like it’s been cooking for hours, but you only need about 3o minutes to bring the whole thing together. What’s more is that you can actually do some of the prep while the aromatics are simmering, saving a little bit of time. Plus, this dish is vegan, gluten-free, and cooks in ONE PAN (which is linked below)! How exciting is that?

Can I use another type of eggplant?

Baby eggplant season may be over–it’s hard to tell, since my eggplants are still very much babies on the plant in my garden. However, they may still be babies because I’m a terrible gardener. If you can’t find adorable baby eggplants at your local market, you can use any other type of eggplant, and cut it into large pieces (I’d say 1.5 inch chunks). In total, the 12 baby eggplants I used amounted to about 5 cups of large eggplant chunks. 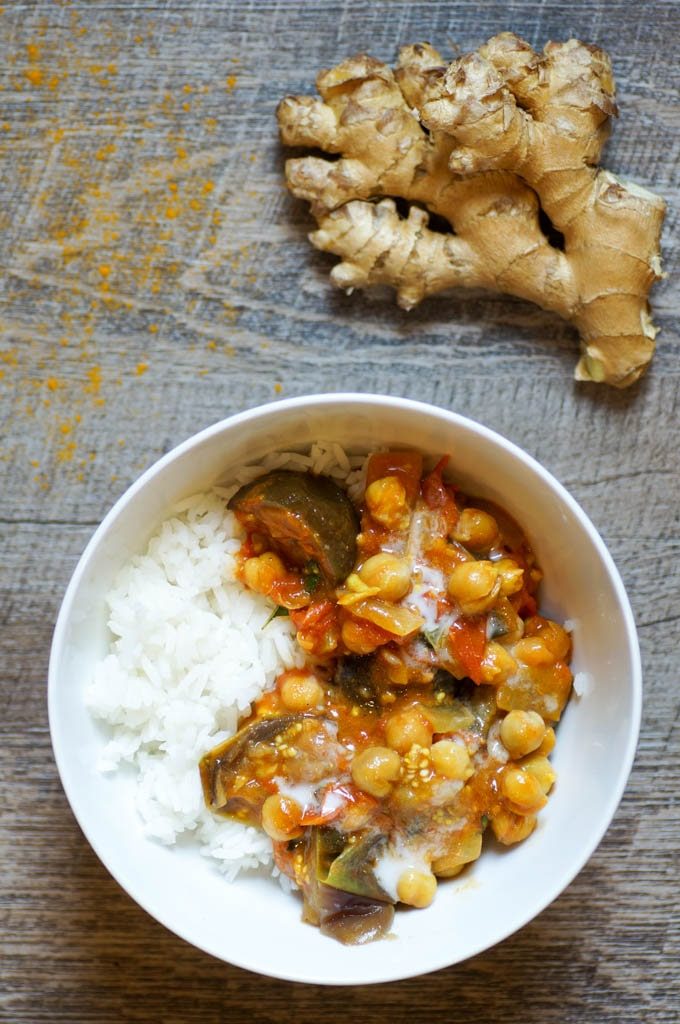 Can I use another type of tomato?

Of course! I usually use canned diced tomatoes for curries, but I used fresh because I had them. The internet varies on its opinion of “how many fresh tomatoes equal a can of diced tomatoes”. I think I would use one 15ish oz can for the two large tomatoes I used in this recipe.

I don’t have fresh ginger. Can I used dried?

Hmmmmm…no. I don’t think you can. Let me rephrase: you can actually do whatever you want, because I’m not your mom and won’t be eating this, but I think you’ll regret it if you don’t use fresh ginger. In the future, buy some ginger, peel and cut it into pieces, and freeze them. Then, you’ll always have “fresh” ginger root available (and yes, frozen ginger root counts as fresh in my book).

Can I make other substitutions?

Sure. I think you could substitute another legume, such as lentils, for chickpeas. You could also add tofu cubes, or some kind of leafy green, and that would be nice. You could use cream instead of coconut milk, but the dish would no longer be vegan. You could also just omit the coconut milk altogether to reduce the fat content of the dish.

How should I serve this?

Great question! Baby Eggplant Curry tastes great over some rice. I used jasmine here, which is my favorite, but I often use brown rice. You could also serve this with some naan (which is NOT gluten-free), or skip the extra carbs altogether and just eat the curry out of a bowl. 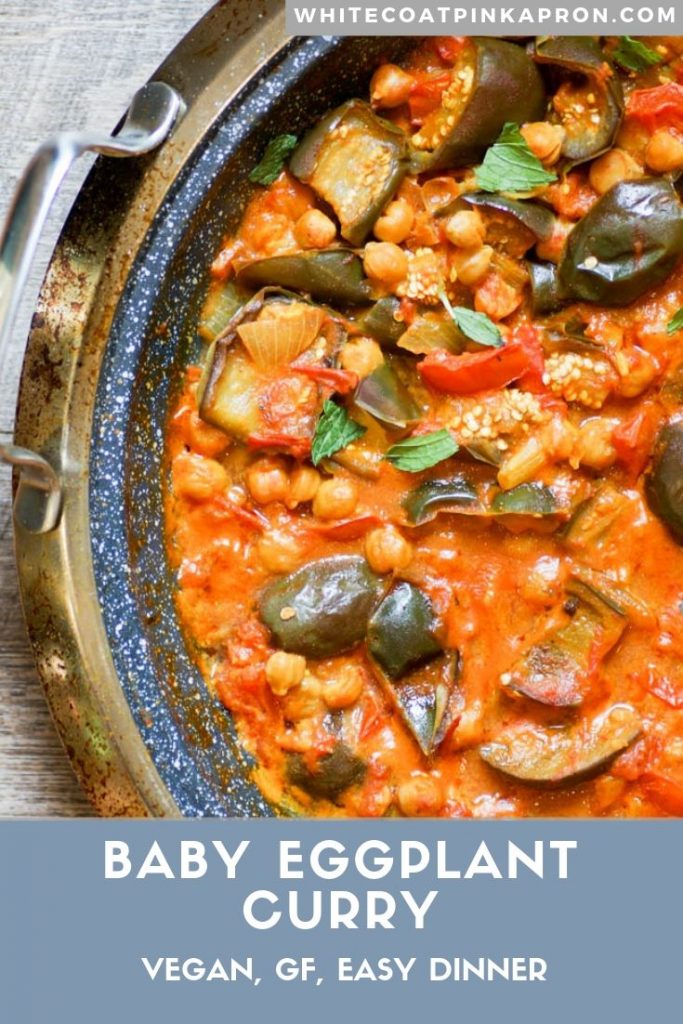