Pumpkin Kibbeh is a vegan version of the classic Middle Eastern dish, with meat replaced by pureed pumpkin, and a filling of chickpeas, spinach, and walnuts. Perfect as a main dish or side. 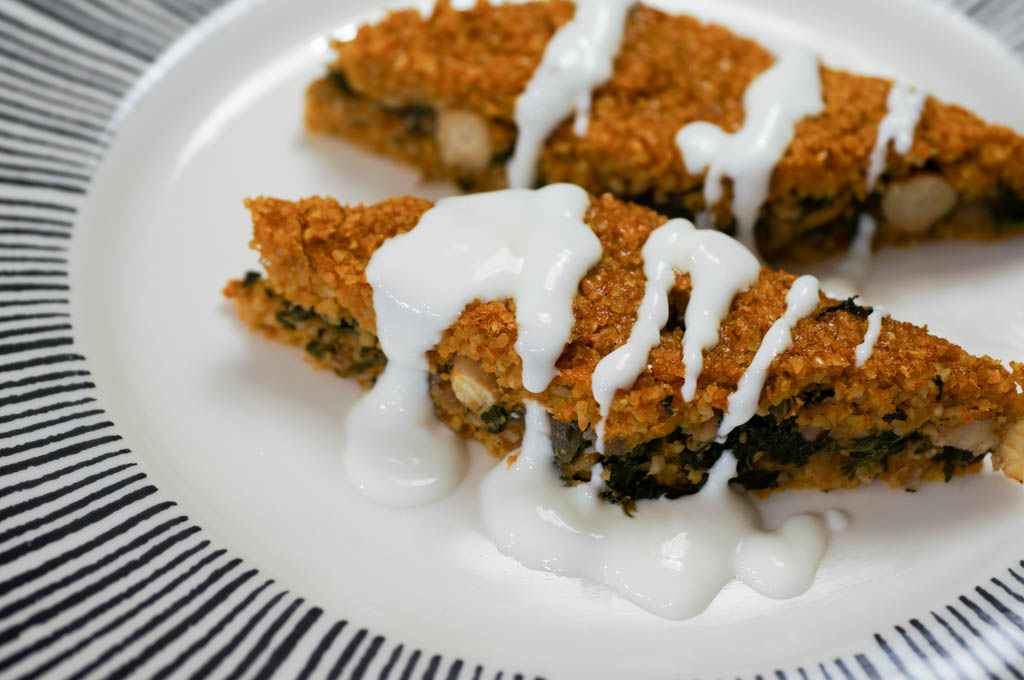 I recently reached out on my Facebook page to ask what kind of recipes people would like to see on this blog. Suggestions included easy recipes, Armenian food, and low carb meals. Well, folks, this is none of those things (insert laughing emoji here–seriously, what did we do before emojis existed?). Pumpkin Kibbeh is a Lebanese recipe, though, so I guess it most closely resembles Armenian food. Thus, I will pat myself on the back for giving the people what they want. Hooray for me!

Kibbeh, or kufta/kufteh/however else you want to spell it, is one of my favorite Middle Eastern/Armenian foods, ever. Ground meat–usually beef or lamb–mixed with bulgur wheat, comprises the outer layer. Inside, there is a mixture of ground meat and onion with spices and some other things. Kibbeh comes in a few forms: formed into round or oval balls, or pressed into a baking dish and cut into pieces. I am of the belief that what I know as sini kufta, which is the flat version made in a baking dish and cut into diamonds, is the best. You may be surprised to know that I haven’t actually made kibbeh myself, but instead rely on family members or church bazaars to prepare it so I can get my fix. 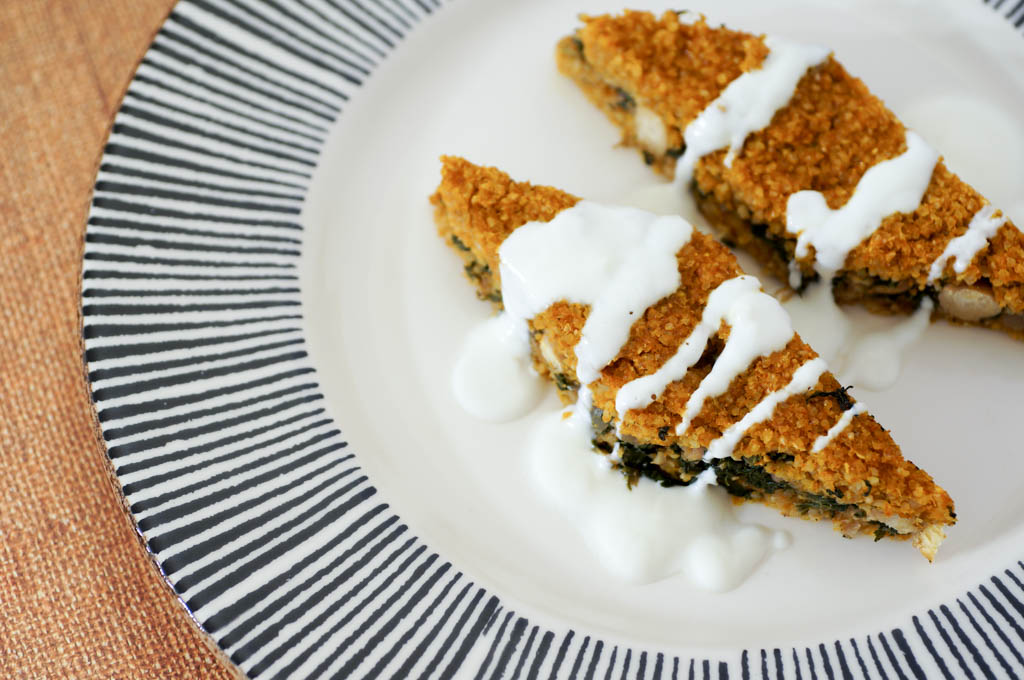 A few years ago, I went to a Middle Eastern restaurant called Al Wadi in West Roxbury, MA, and I noticed that they had pumpkin kibbeh on the menu. Whaaaat? I had never heard of it. How would one possibly incorporate pumpkin into kibbeh? That’s wild! I didn’t order it that day, but I was intrigued. We had my son’s baptism at that restaurant a few months later (because it’s probably the best Lebanese restaurant in New England, in my opinion), and my aunt ordered the pumpkin kibbeh, so I was finally able to try it. WOW. It was crazy good, and looked almost exactly like kibbeh. And it was vegan! I thought about that dish for a few years until I finally decided to make it myself.

You’re most likely wondering how a meat on meat dish could possibly become vegan, and where pumpkin would fit in. Let me break it down for you: pureed pumpkin replaces meat in the bottom and top layers. Meat is completely removed from the equation in the filling, which is instead made of chickpeas, spinach, and walnuts. I’m not one to make (or enjoy) a vegan meal (update 11/10/17: I am now one to make and enjoy vegan meals), but I can honestly say that I didn’t miss the meat. The chickpeas and walnuts are full of protein, and pumpkin has lots of fiber, creating quite a filling meal. Don’t get me wrong–I still love real kibbeh. But for a lighter, healthier option, this will definitely satisfy my cravings. 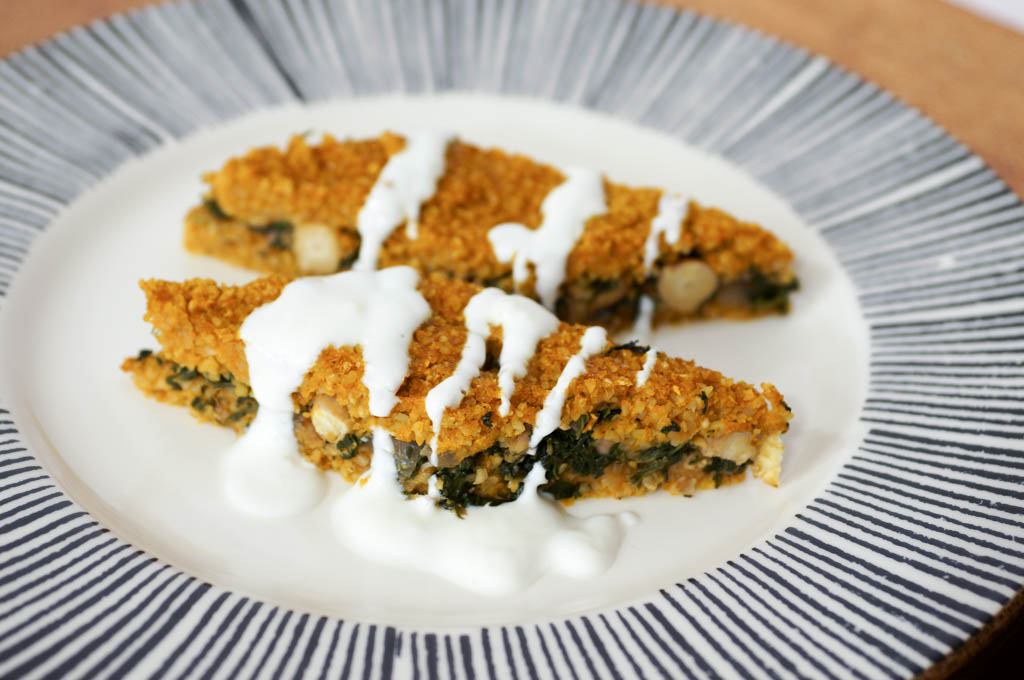 Preheat the oven to 375. Then, combine canned pumpkin, fine bulgur (must be finely ground, you cannot use the coarse stuff here), flour, allspice, salt, and olive oil together in a bowl. Use your hands if you must. Taste it, and add more salt if desired. Let it sit while you prepare the filling. 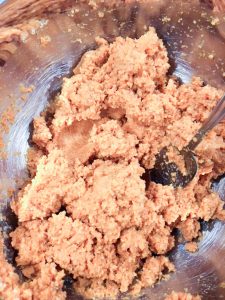 In a large nonstick frying pan, saute chickpeas, a diced onion, and thawed and drained frozen spinach, minced garlic, chopped walnuts, allspice, cumin, and salt, stirring occasionally for 10 minutes or so. Taste, and season with more salt if needed, then remove from the heat and cool until it can be handled with hands. 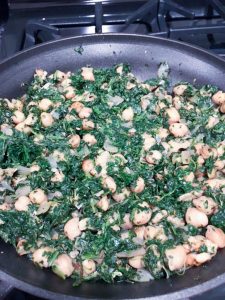 Divide the pumpkin dough in half. Spray a 9 x 13 in baking pan with nonstick spray. Press half of the dough into an even layer in the bottom of the pan. 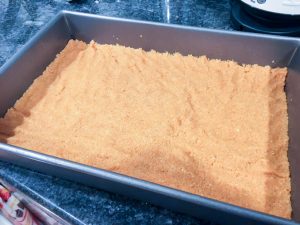 Cover the dough with all of the filling, gently spreading into an even layer. 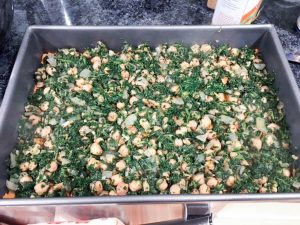 This is the tricky part. Break the remaining dough into about 6 or 8 pieces, and evenly drop them onto the filling. Carefully press the dough to form an even layer over the filling. This doesn’t have to be perfect, and some of the filling may end up poking through. Don’t stress out about it. Cut through the layers to make diamonds or triangles. 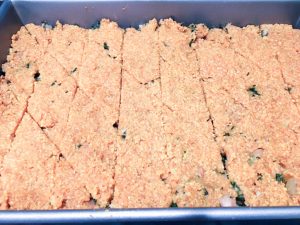 Bake covered for 20 minutes. Then uncover, and bake for another 10 minutes. Remove, cool, and serve with garlic yogurt (or vegan yogurt) sauce and some additional walnuts. I served this as an entree, but it could also be served as an appetizer.

Flavorful. Unique. Vegan. Budget-friendly. Great for entertaining. Comment if you make it! 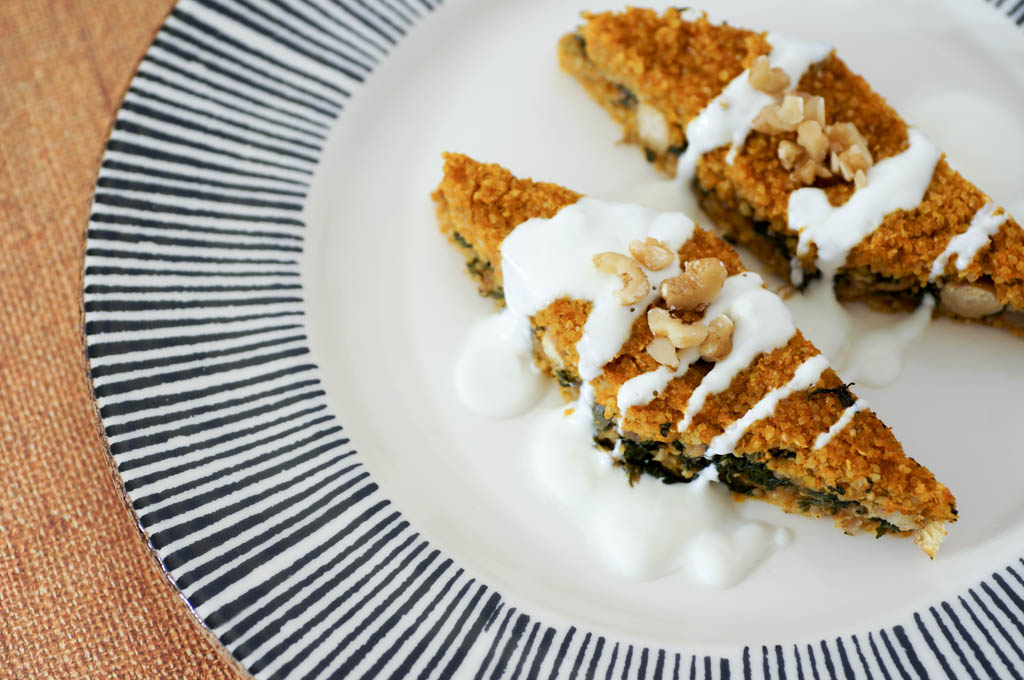 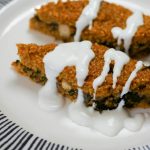