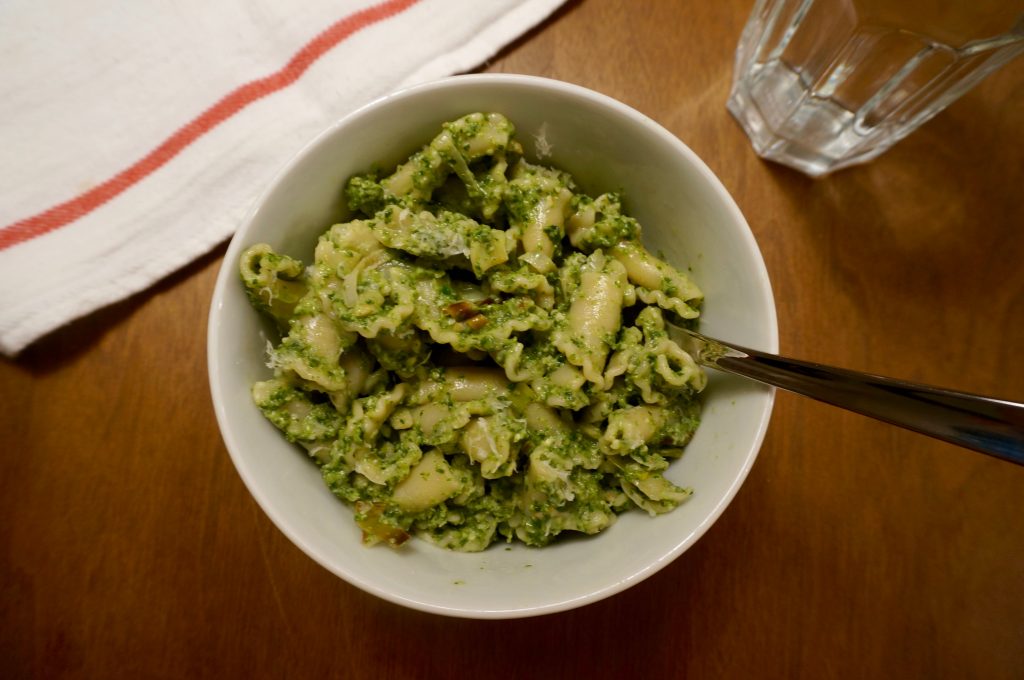 I don’t have many vegetarian recipes on this blog, but this is one that I really enjoy. I love broccoli rabe, but have been less than successful at convincing others that it’s good. In fact, I believe my dad said it was the only thing I’ve ever cooked that was bad. Maybe he used the word inedible, maybe he didn’t, but the point is that it wasn’t good the first time I made it. Broccoli rabe is bitter. While the bitterness is what gives it a unique flavor, it also can be a bit overpowering. To make it more palatable, broccoli rabe should be blanched (that is, briefly boiled). After it’s been blanched, it can be sauteed with garlic, and becomes a nice, yummy vegetable that almost anyone should enjoy.
At restaurants, I often see broccoli rabe sauteed with garlic and sausage and served with pasta. I decided to change things up a little bit, though. Rather than keeping the broccoli rabe intact, I turned it into a pesto. I got the idea from Food and Wine, but tweaked the recipe to be my own. It was great! Bitter, garlicky, salty, and overall just tasty. My son wasn’t a huge fan–and I wasn’t expecting him to be–which means I got to eat lots of leftovers for lunch that week.One great part about this recipe is that the pesto can be made in advance. I actually prepared it on a Sunday, and then made the pasta a few days later. Since cooking the pesto is the most active part of the recipe, it was much easier to prepare it on a weekend when I had time, and then to just cook the pasta and saute the leeks on a weeknight.

For those looking for a pasta that’s a little different than usual, give this a try. 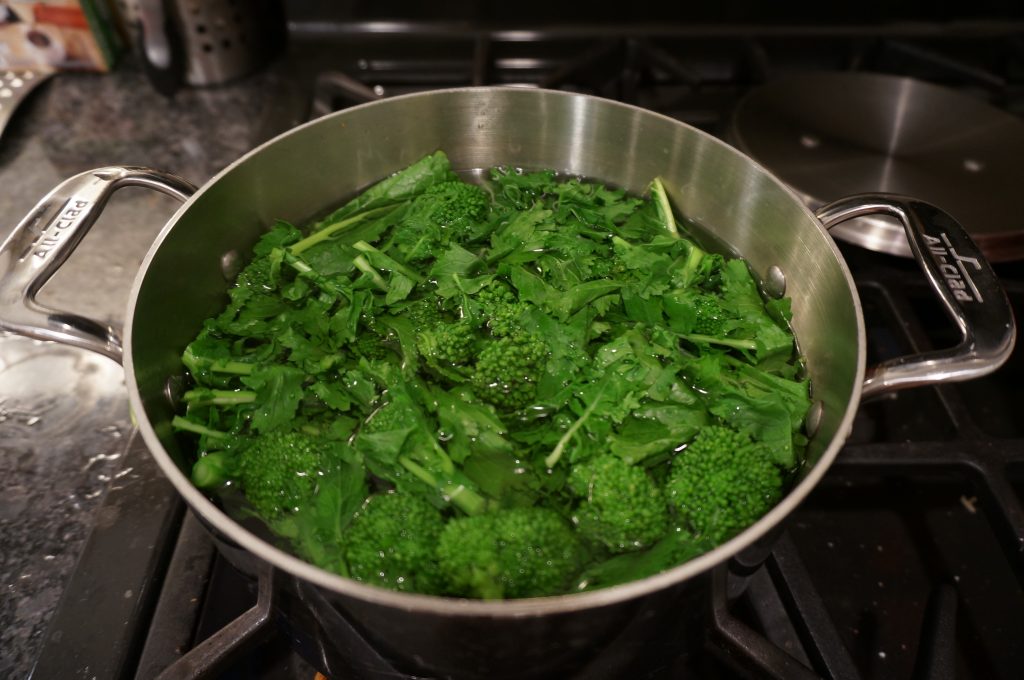 Add the broccoli rabe, walnuts, garlic, and salt to the food processor and pulse until it’s pureed. Then, turn the processor on continuously, and slowly pour in the oil. 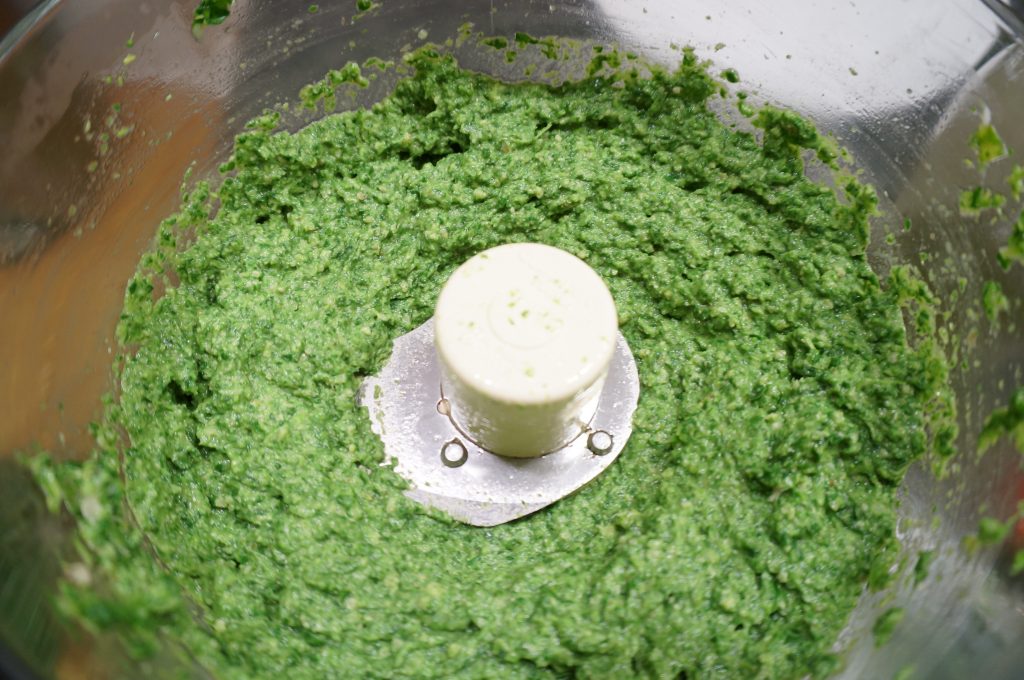 Set the pesto aside. It should look like this. 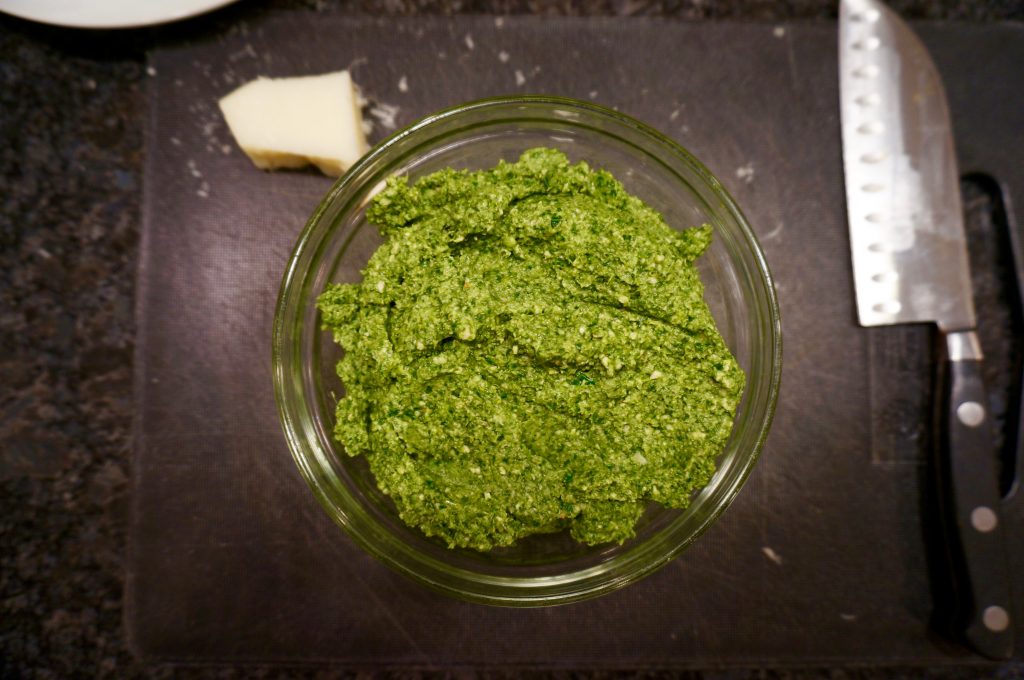 Grate the pecorino cheese. Doesn’t it look like snow? 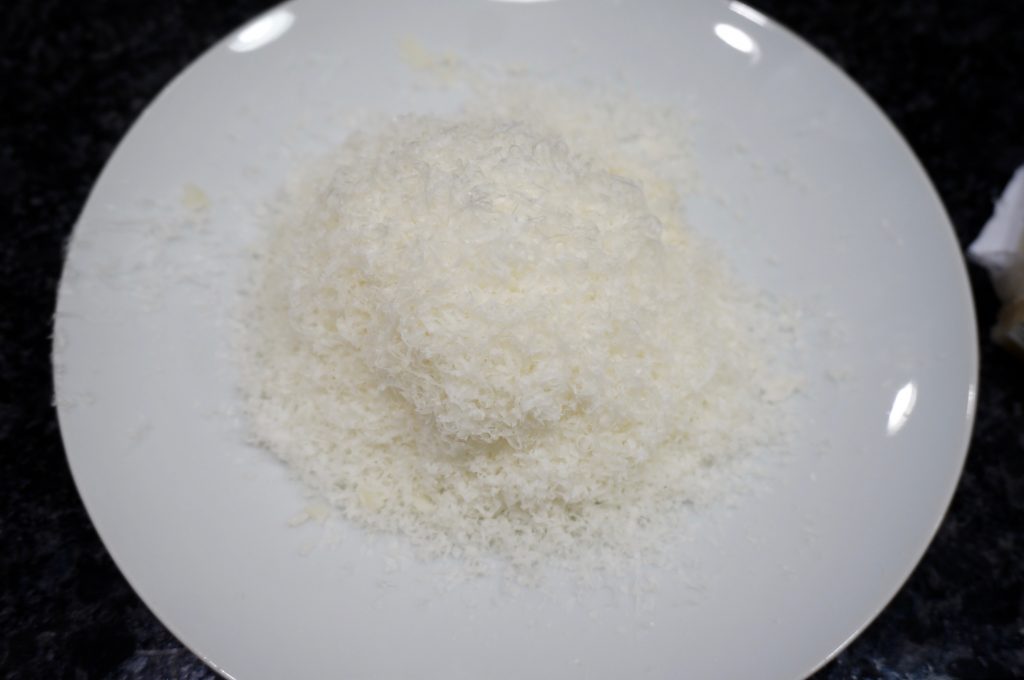 Saute leeks in a big pan. When the leeks start to brown, turn down the heat and let them sit while waiting for the pasta to cook. 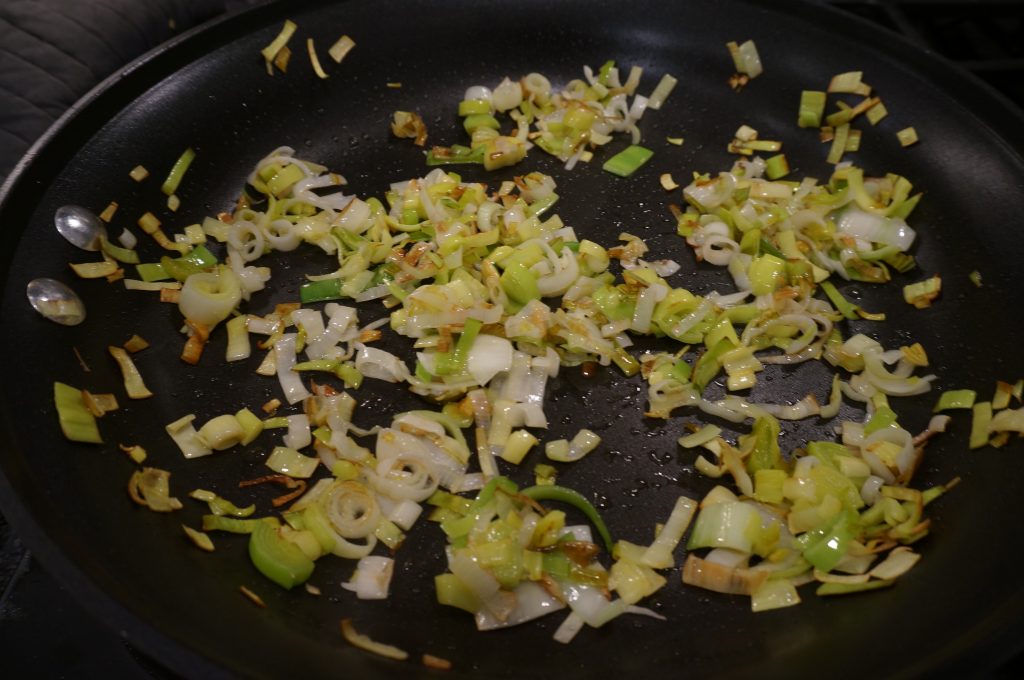 These are campanelle. They’re cute. Boil them. 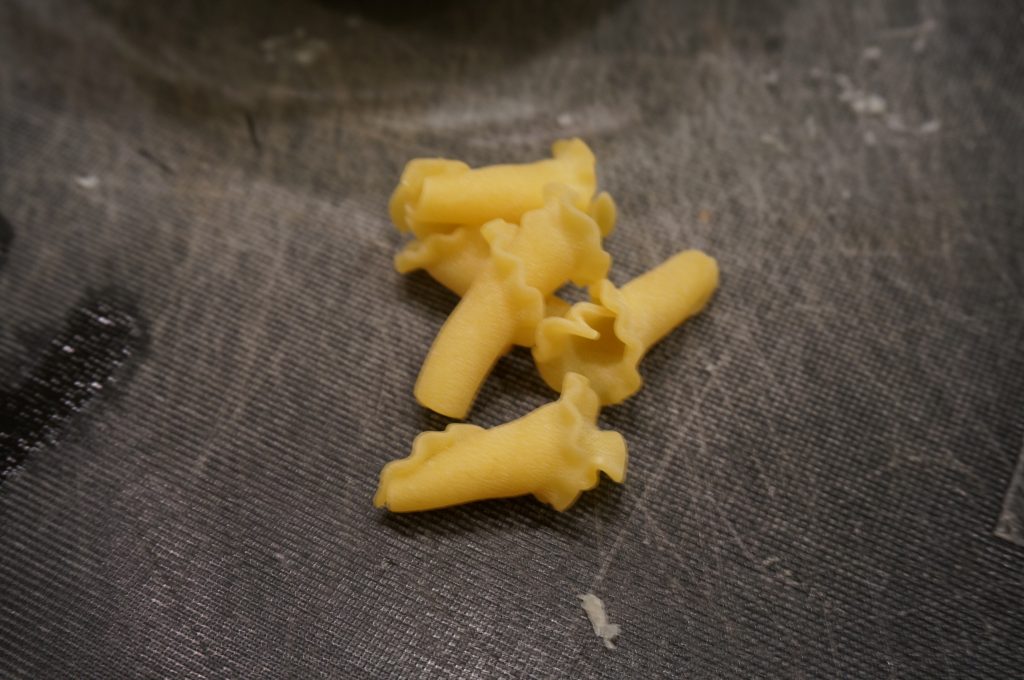 Drain the pasta, and add it to the leeks. 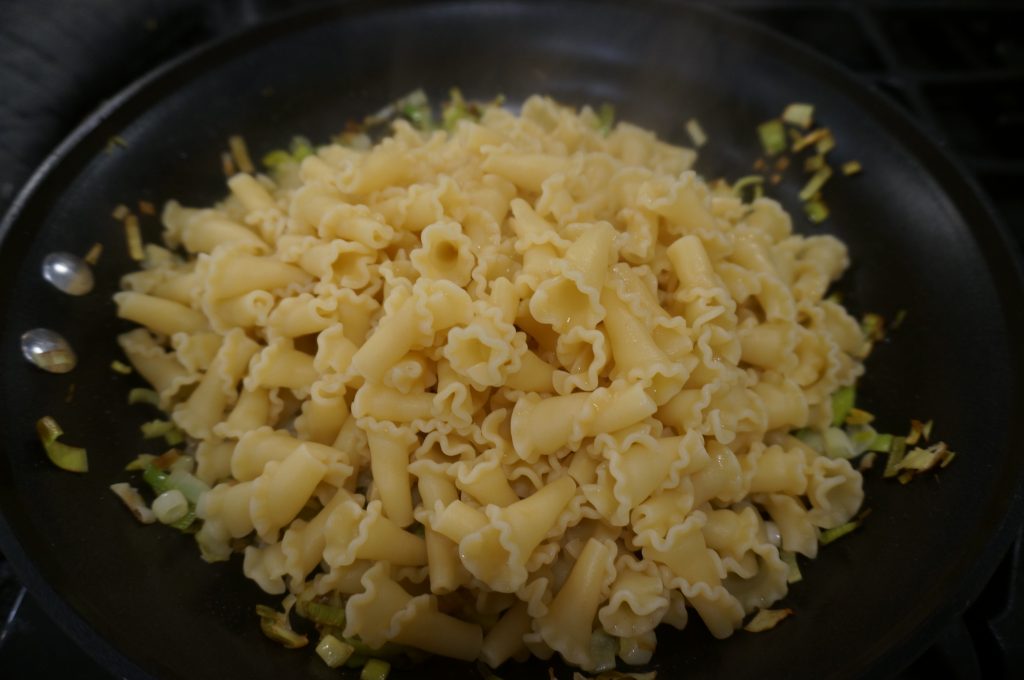 Add the pesto (all of it) and stir. Then add the cheese, and stir again. 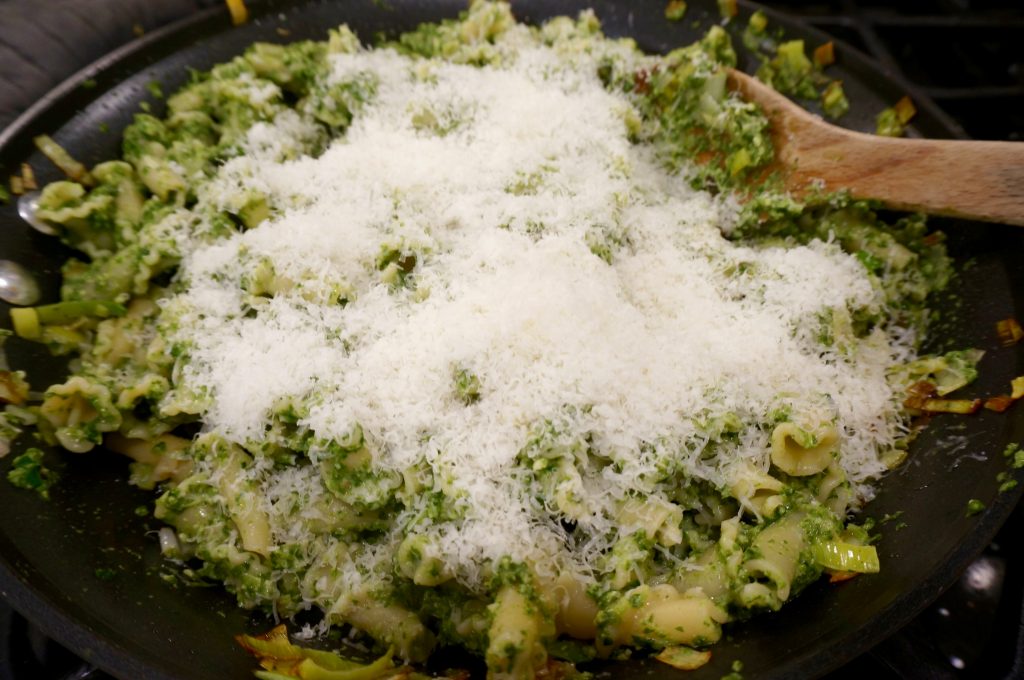 Add some of the reserved pasta water, one ladleful at a time, until the sauce has thinned out a little. There is no magical texture–this is just about personal preference. 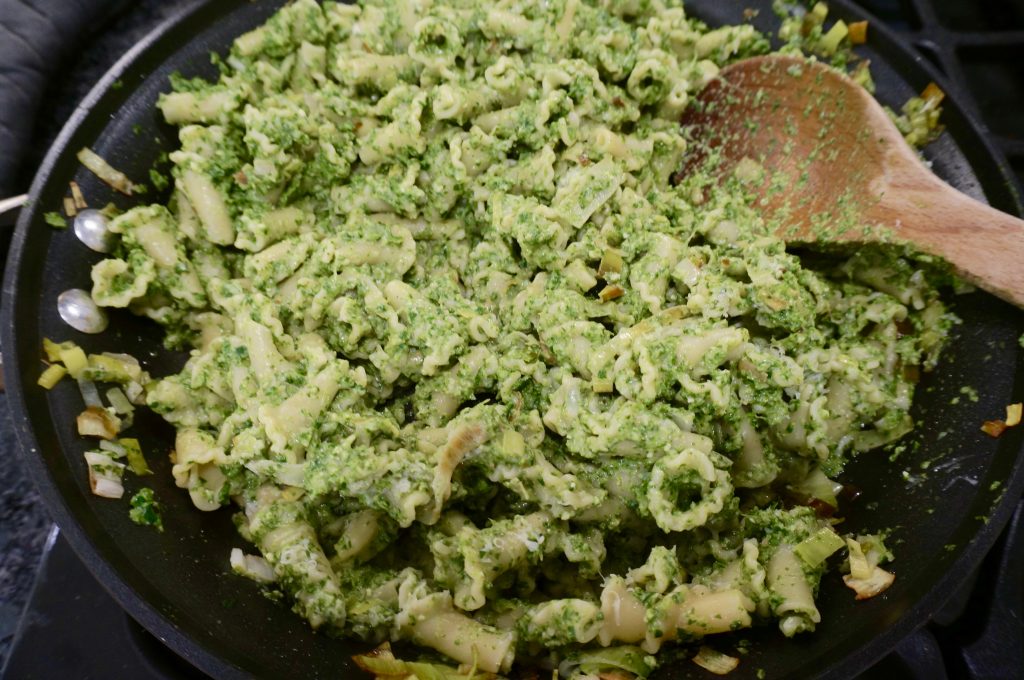 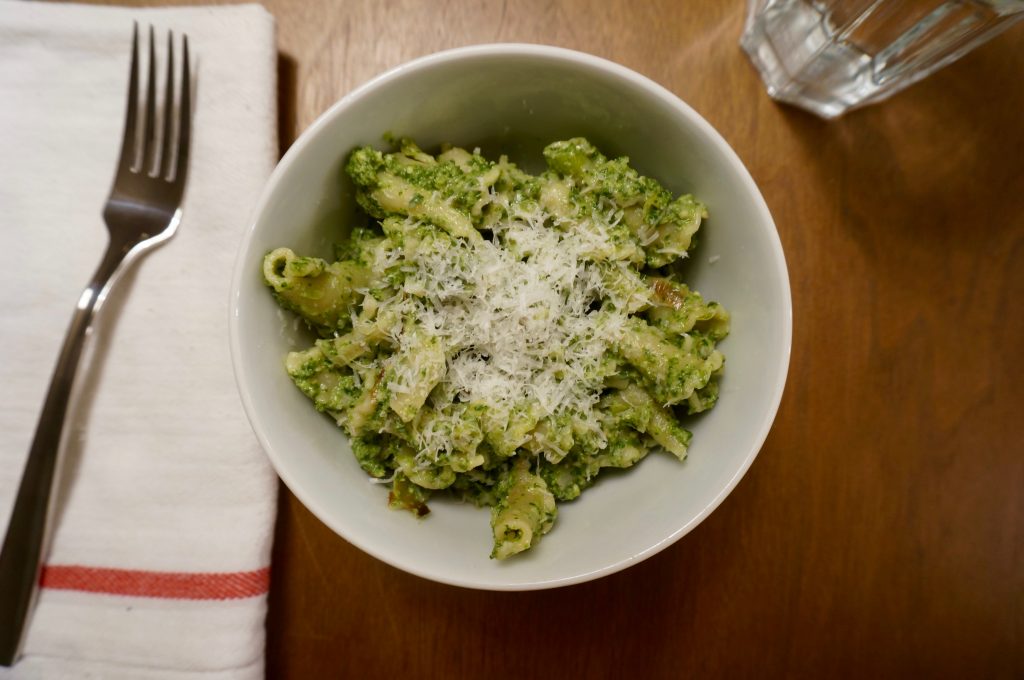 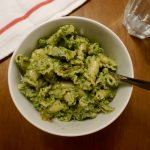