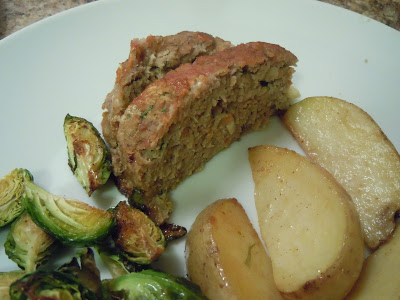 Meatloaf is one of those retro foods that belongs in the same category as Brussels sprouts. Like Brussels sprouts, in the ’80s, meatloaf was pretty lame.  At some point in the late ’90s, though, comfort foods came back on the scene and meatloaf has stuck around ever since. I don’t remember exactly when I gave meatloaf a second chance, but I’m glad I did. I eventually started making it myself, and have been quite impressed with the results.  As it turns out, it has been my husband’s favorite homemade dinner since I started cooking it for him before we were engaged. Maybe that’s why we got engaged. Hmmm…

At first, I made meatloaf with lean ground beef. Then, I realized that it would be healthier if I swapped the meat for turkey or chicken. I didn’t want it to taste like turkey, though. After thinking about it, I found a way to make the turkey taste more like beef–by adding portabello mushrooms. Actually, I used crimini mushrooms, which are baby portabellos. They have a meaty taste, and add more volume to the meatloaf, making less of it actually meat. I also add in ground carrots (which I add to regular meatloaf, too), to bring in some vitamins and fiber. The result is a lighter but surprisingly kind of meaty tasting meatloaf.


I start by roughly chopping some carrots, onions, and garlic and adding them to a mini food processor. 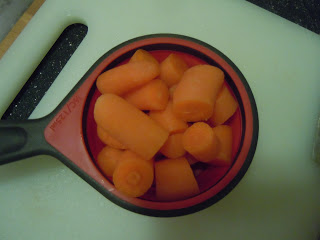 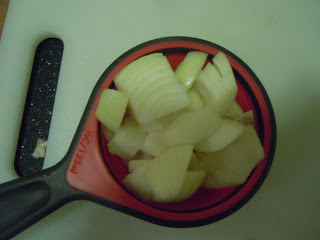 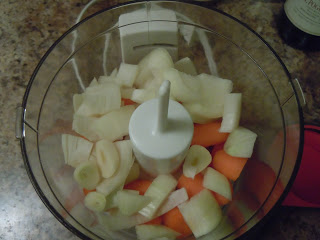 Aim for this consistency with the carrot/onion/garlic mixture. A fine shred is what I would call it. Transfer this to a bowl. 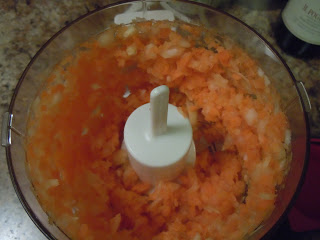 Then, roughly chop some mushrooms in the same food processor. 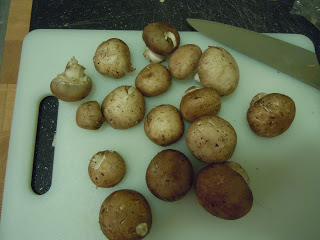 It should be almost pureed, like this. Add this to the bowl. 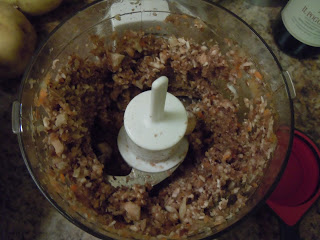 Measure out some breadcrumbs. Add them to the bowl. 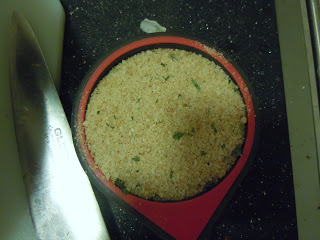 I obviously missed some steps, but add an egg plus an egg white to the bowl as well, some ketchup, and oregano, salt, and pepper. Mix everything together. 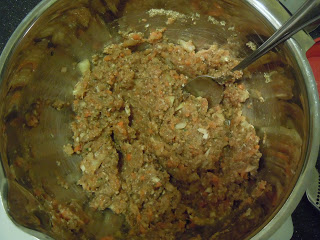 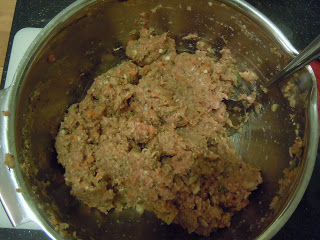 Divide in half and form two small loaves (they cook faster this way). Top each one with a little ketchup. Bake in the oven  for about 30 minutes until cooked all the way through. 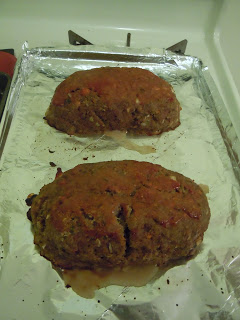 Slice and serve. I served mine with Brussels sprouts (of course), and roasted potato wedges. And ketchup on the side. 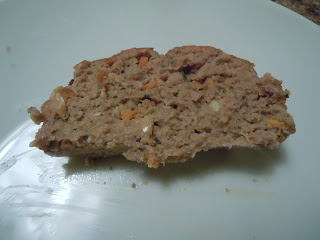 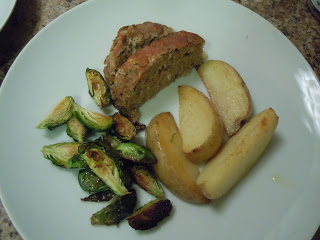 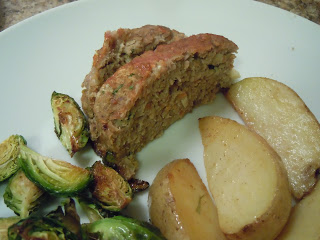 Place the carrots, onion, and garlic in a food processor. Pulse until they reach a finely shredded or minced texture. Transfer to a large bowl. Next, place the mushrooms in the food processor, and pulse until almost pureed (if your food processor is large enough, you can put  all of these ingredients in together). Transfer to the bowl. Next, add in the egg and egg white, breadcrumbs, 1/4 cup ketchup, salt, pepper, and oregano. Mix together. Add in the turkey and stir until just combined.

Divide the mixture in half in the bowl. Take each half and form a small loaf on a foil lined baking sheet. Cover each loaf with half of the remaining ketchup (1/8 cup each). Place in the oven and bake for about 30 minutes, or until the juice running from the center is clear. Allow them to cool for about 5 minutes before slicing and serving.

Ways to change it up:
« Stuffed Artichokes
Black Bean Soup »