This shortcut lobster ravioli recipe is perfect for weeknights, date nights, or really any night of the week. Wonton wrappers sub in for fresh pasta, but no one needs to know! Try this fresh take on lobster before summer ends. 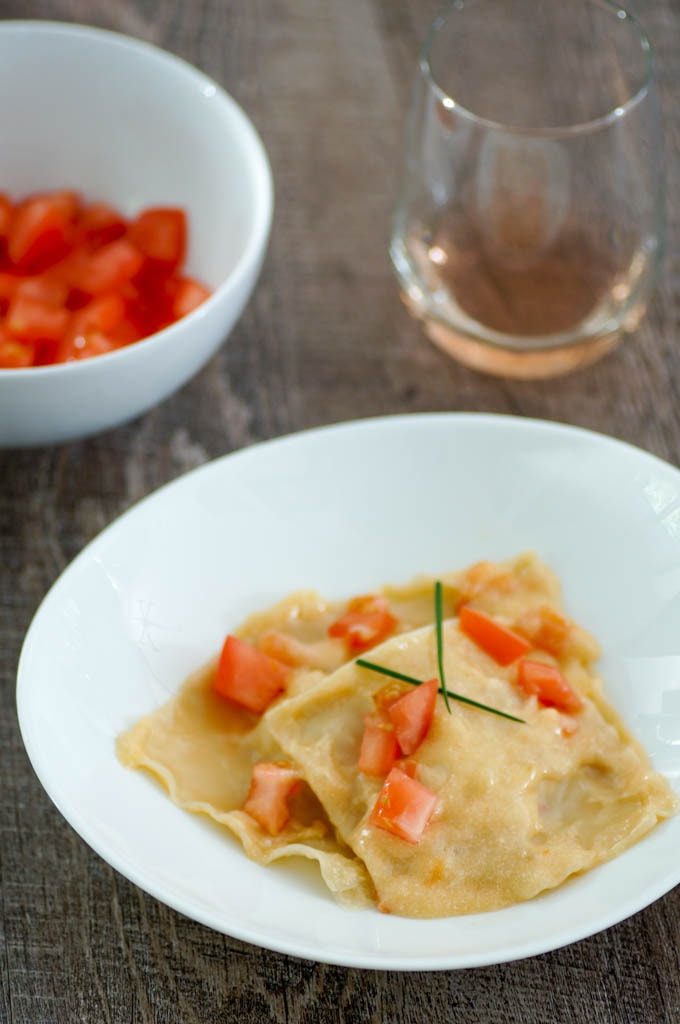 The summer is almost over, which means time to squeeze in a last minute lobster recipe. Generally, I’m a lobster purist. I like a good old steamed lobster, and I’ll eat practically every party except the shell. A traditional lobster roll comes in close second, with just a hint of mayo on a buttery bun. Yum. It’s your standard Cape Cod fare, and I try to get as much as I can during the very few warm months.

Since this is a food blog, it would be kind of silly for me to post non-recipe recipes, such as the above. Instead, I decided to branch out and make another delicious lobster dish, Lobster Ravioli. It’s tasty, pretty, and brings a little more flavor to the already delicious lobster. As a bonus, it’s a little fancier than the clam shack lobster that I’m used to eating, thus making me feel a little fancier. 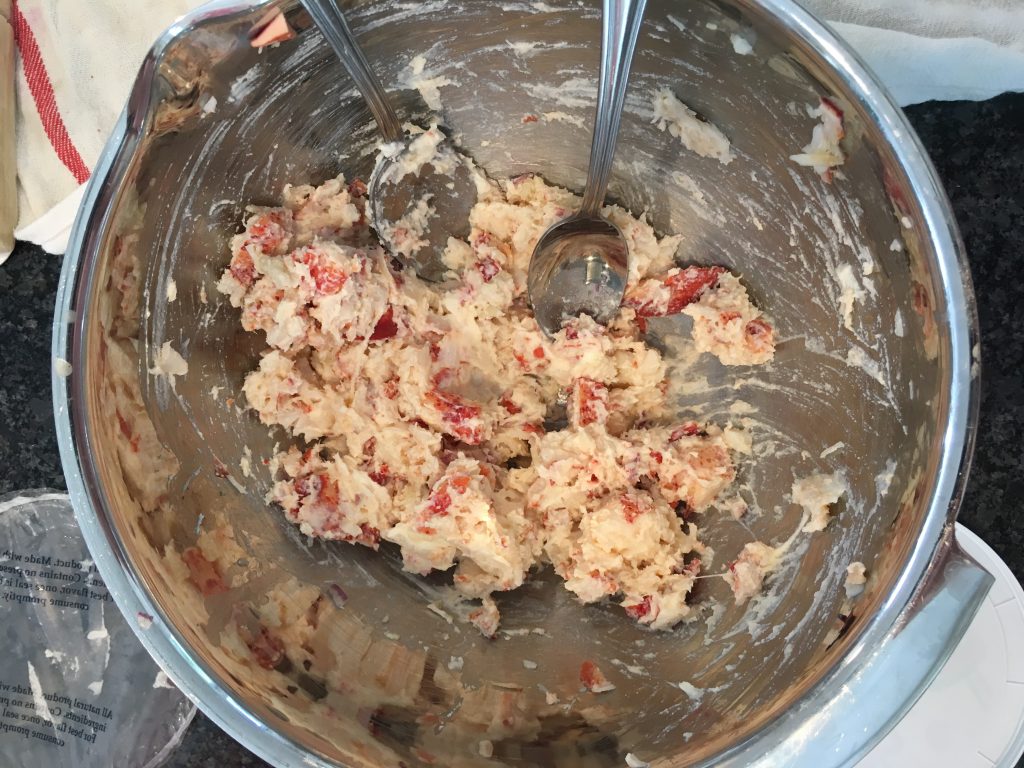 What is it about this lobster ravioli recipe that makes it worthy of your effort? If the delicious flavors aren’t enough, one major sticking point is the amazing shortcut I used: wonton wrappers. Who wants to roll their own pasta dough? Not this guy. I don’t even know how to make pasta dough. Wonton wrappers are essentially thin, already prepared pasta dough. You can fill them with whatever your little heart desires, steam or fry them, and enjoy. I use wonton wrappers for everything ravioli and raviol-ish (like manti, which are Armenian dumplings). If you’re not using wonton wrappers, I highly recommend trying them out in some non-Asian dishes. 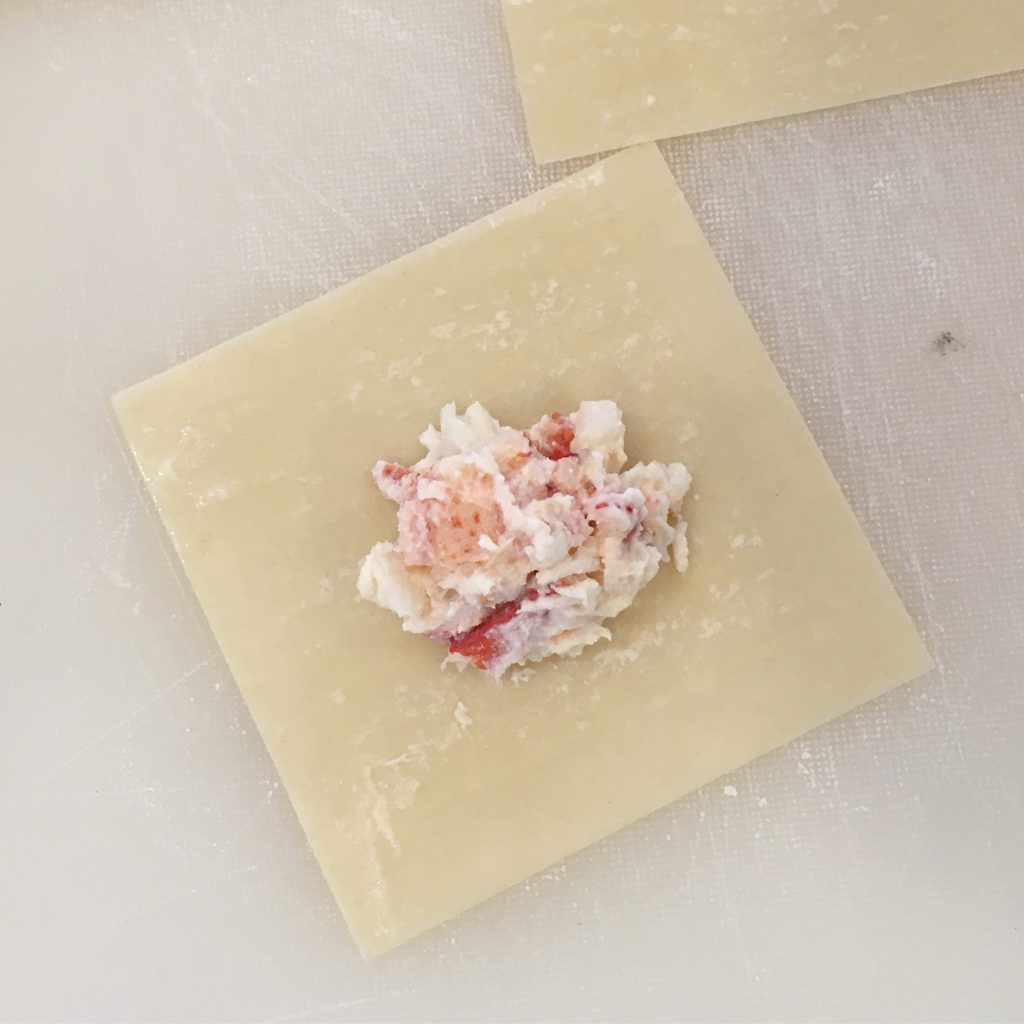 Back to the lobster, though. Since I love even the most basic, steamed lobster, it was important for me to let the lobster flavor really shine through. In this recipe, the lobster is truly the star. A little cheese and just a hint of shallot really make it shine. The sauce I used (which you don’t have to use) was just a little cream and fresh tomatoes; it highlighted the lobster flavor without being too rich or creamy.

This recipe is flavorful, easy, and special enough for date night. Be sure to tag me on social media if you try it! @whitecoatpinkapron.

Looking for some other yummy, summer recipes? Try this Kale and Artichoke Pasta Salad with Lemon Lavender Dressing, Purslane Salad, or Dolma. 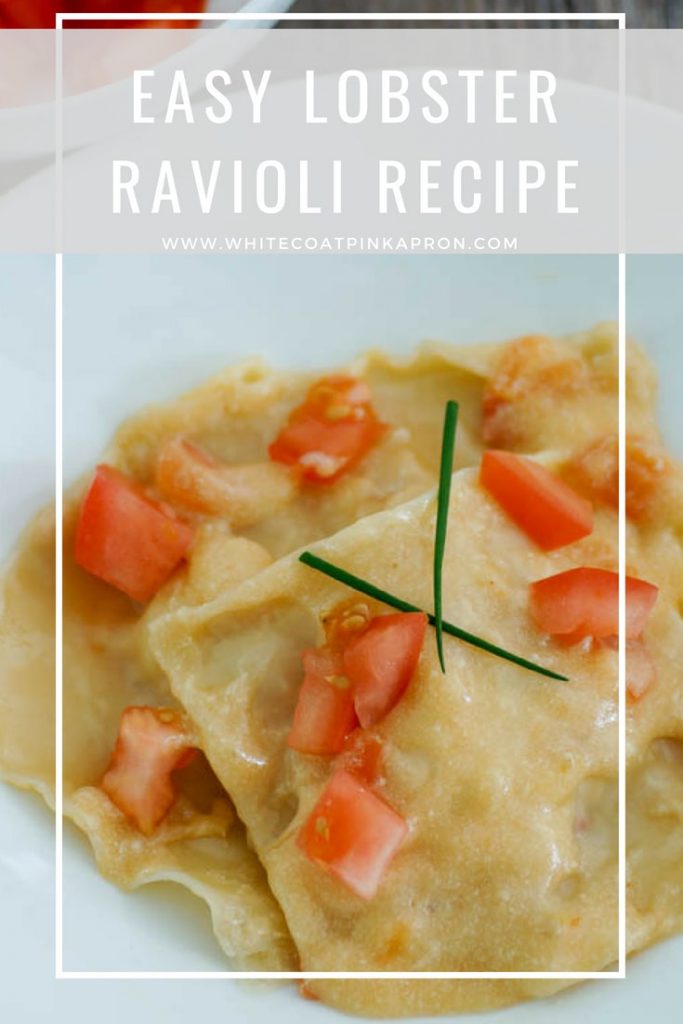 This shortcut lobster ravioli is made so much easier by using pre-made wonton wrappers!