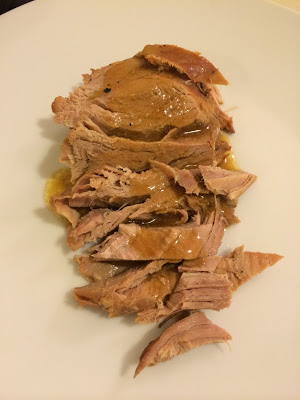 Christmas has come and gone, and it’s back to the real world today. If you’re like me, you have tons of leftovers (or your parents have tons of leftovers) that you will eat for the next three days before declaring that you will never, ever eat turkey, ham, or stuffing again. If you are not like me, and you spent Christmas at someone else’s house, you’re probably feeling a little hungry already. While I would have to refer you to one of my past posts for a quick dinner for tonight, I can help you right here with something new, exciting, and slow cooked for tomorrow and the weekend.

A few weeks ago, I made I pretty easy (and delicious) pork tenderloin in the slow cooker, and I feel the need to share it with the world! Is it seasonally appropriate? Not really. I don’t know anyone that eats pork tenderloin around the holidays. Should it stop you from making it? No! Let your house fill with the aroma of a slow-cooked meal, while you sit back, relax, and let the Crock Pot do the work.

I’ve posted slow cooker pork recipes in the past, and I’ve never found one that I didn’t like. That being said, there is a huge advantage to this recipe over the others: pork tenderloin is relatively lean*. Sure, I love country ribs, pork shoulder, and all the other fatty and flavorful cuts of pork. But, when it’s 11:00 AM, and you’ve already eaten a slice of cherry pie (and contemplated a second slice), you have to cut calories and fat somewhere. I was surprised by how tender the tenderloin was (no pun intended), and found that I didn’t miss the extra fat from the other cuts of pork that I usually use.

I did take inspiration for this recipe from this post that I saw on Pinterest. They were really onto something!

*I used Self Nutrition Data to compare raw pork shoulder to raw pork tenderloin. Ounce for ounce, tenderloin has 1/3 the fat and about 35% fewer calories than shoulder.

Here’s how to make this:

Start by coating the bottom of the slow cooker with the olive oil. Put the pork tenderloin in. 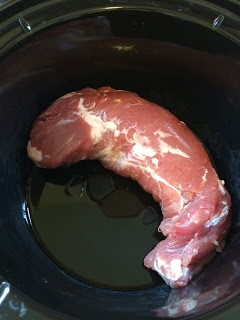 Mix together the mustard, syrup, soy sauce, and bourbon in a small bowl or measuring cup. 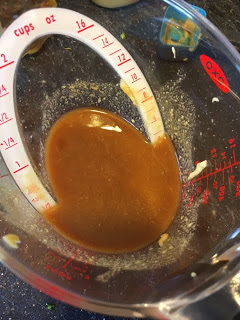 Top the pork with the onions. Add the mixture of mustard, soy sauce, and syrup, and add the chicken broth. Cover, turn it on, and let it cook. 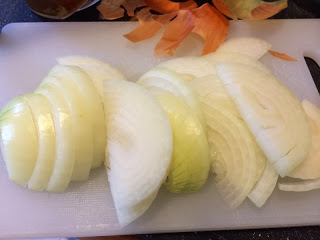 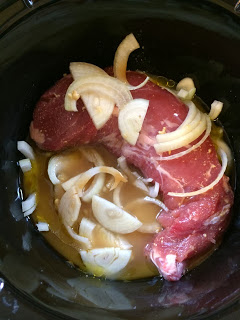 When the pork is cooked through, remove it from the sauce and put aside (cover it with foil so it doesn’t get cold). 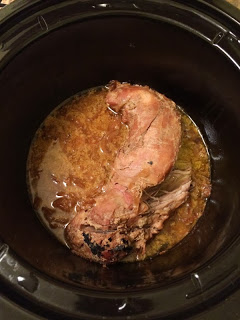 Strain the liquid into a small saucepan. 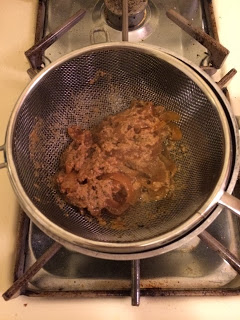 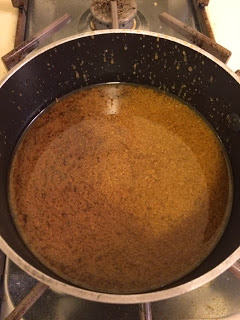 Stir in the remaining mustard and maple syrup, and simmer on low until the sauce thickens a little bit.

Slice the pork, and top with a generous amount of the sauce. 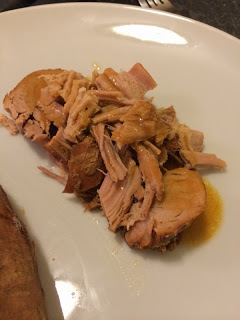 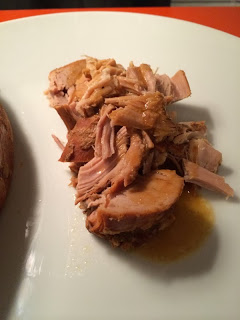 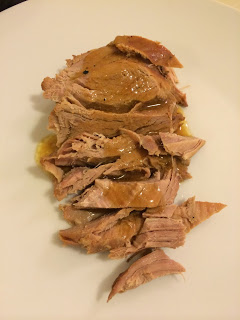 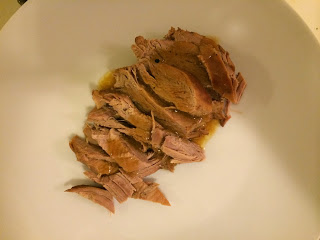 Coat the bottom of the slow cooker with the olive oil. Place the pork tenderloin in. In a small bowl or measuring cup, mix 2 tablespoons mustard, 2 tablespoons syrup, and all the soy sauce and bourbon. Pour over the pork. Add the chicken broth and sprinkle the onions on top (you can add the ingredients in any order, as long as the oil and pork go in first and second, respectively). Cover and cook on low for 6-8 hours or high for 4 hours.

Slice the pork (it will fall apart, but that’s okay), and top with sauce. I served this with baked sweet potatoes and spinach.