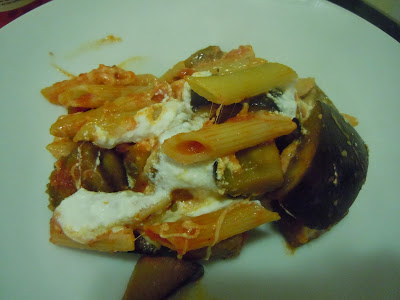 I was about to write about how I’m so excited to eat warm, baked dishes now that the weather is cold. Then I realized that the weather hasn’t really been all that cold over the last few days, so that would sound pretty dumb. When I made this early last week, though, it was pretty chilly outside. And, sadly, I expect the weather will cool down again in no time, so get ready to turn your ovens on.
Since fellowship has left me with little time and energy to cook dinner, I’ve been trying to make cooking a worthwhile activity by making enough food to feed a small army. It usually takes the same amount of time to cook 2 meals as 6 meals, so I’ve been cooking for 6 and eating lots of leftovers. That way, I have fewer excuses to order pizza when I come home late later in the week.
This meal came about because I wanted something that was 1) vegetarian, 2) used eggplant, and 3) had pasta in it.  Mostly because I 1) had no meat, 2) had eggplant, and 3) also had pasta. I thought about making eggplant lasagna, but didn’t feel like slicing the eggplant, cooking the sliced eggplant (more annoying than you’d think), layering things, blah blah blah. Instead, I used penne pasta and turned it into more of a baked ziti-type dish (except it was baked penne). Just one more example of how my laziness led to innovation.
I will warn you: It sounds like a lot of steps, but it’s not actually that bad. You can also save a lot of time, like I did, by buying a jar of marinara sauce (Rao’s is pretty much the only one I use).
Start by preheating the oven to 350F. Wash two eggplants. 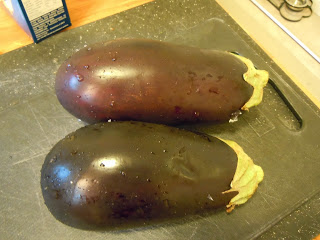 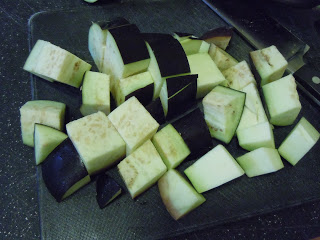 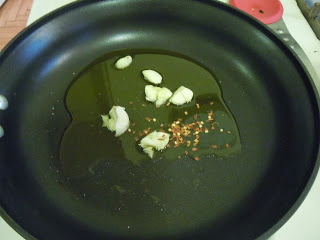 Add the eggplant into the skillet and sauté, stirring occasionally, until all the pieces are cooked through. 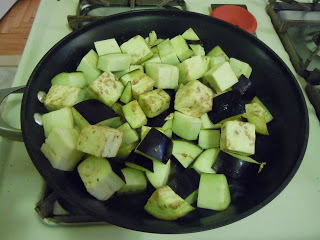 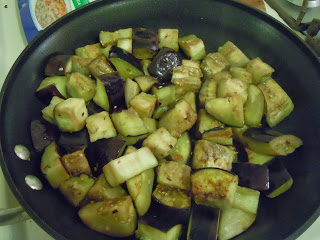 While the eggplant is cooking, boil penne on the stove according to the package directions. 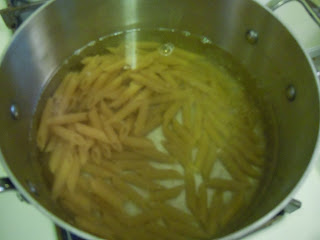 Drain the pasta and return it to the pot. Stir in olive oil so the pasta doesn’t stick together. 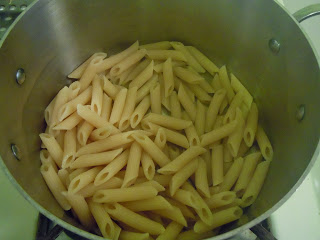 Begin to assemble the dish by first adding the eggplant into a baking dish. 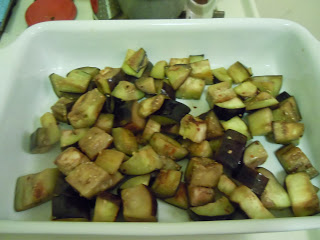 Add the pasta in, and then stir to combine. 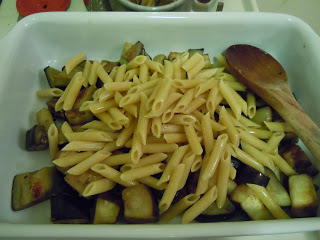 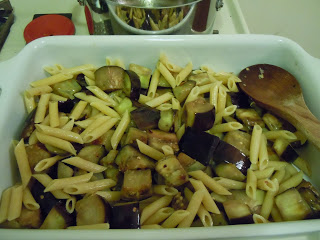 Pour marinara sauce over the top, and then stir. 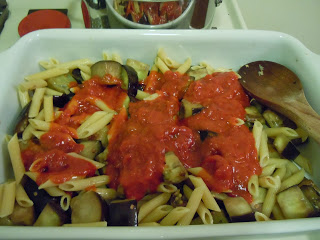 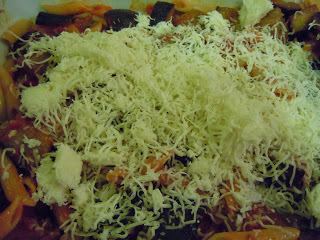 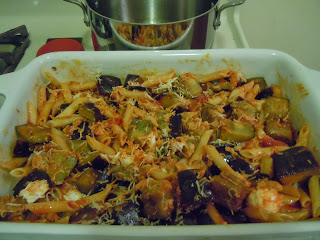 Dollop ricotta cheese over the top. Don’t stir after this step! Sprinkle grated parmesan over the whole thing. 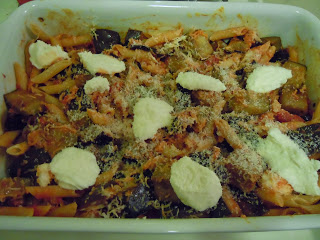 Bake for 15-20 minutes until the cheese has melted. 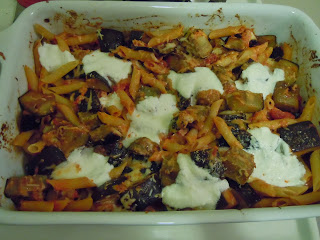 Spoon onto a plate and serve! 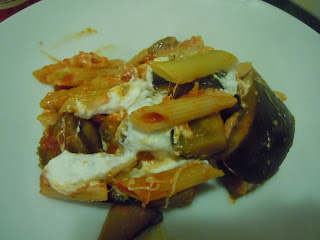 Preheat the oven to 350F. Chop the eggplant into large bite-sized pieces that are all approximately the same size.

Heat two tablespoons of olive oil with the garlic and crushed red pepper in a large non-stick skillet. When the garlic begins to sizzle (about 1-2 minutes), add the eggplant. Stir to coat all the pieces in the olive oil, sprinkle with salt, and then leave it alone, stirring only occasionally to brown all the pieces (takes about 20 minutes).

While the eggplant is cooking, bring a pot of salted water to a boil. Add the pasta, and cook according to the package directions for al dente. Drain the pasta, return to the pot, and add 1 tablespoon olive oil to coat the pasta and prevent it from clumping.

When all the pieces of eggplant are cooked through (test some before deciding), pour them into a large 9 x 13 baking dish. Add the pasta, and stir both together. Add the marinara sauce, and again stir to combine. Then add the mozzarella, and stir again. Add the ricotta by the spoonful on top. Sprinkle the top with grated parmesan. Bake uncovered for 15-20 minutes until the mozzarella and ricotta are melted.

Spoon onto dishes (or bowls) and serve.