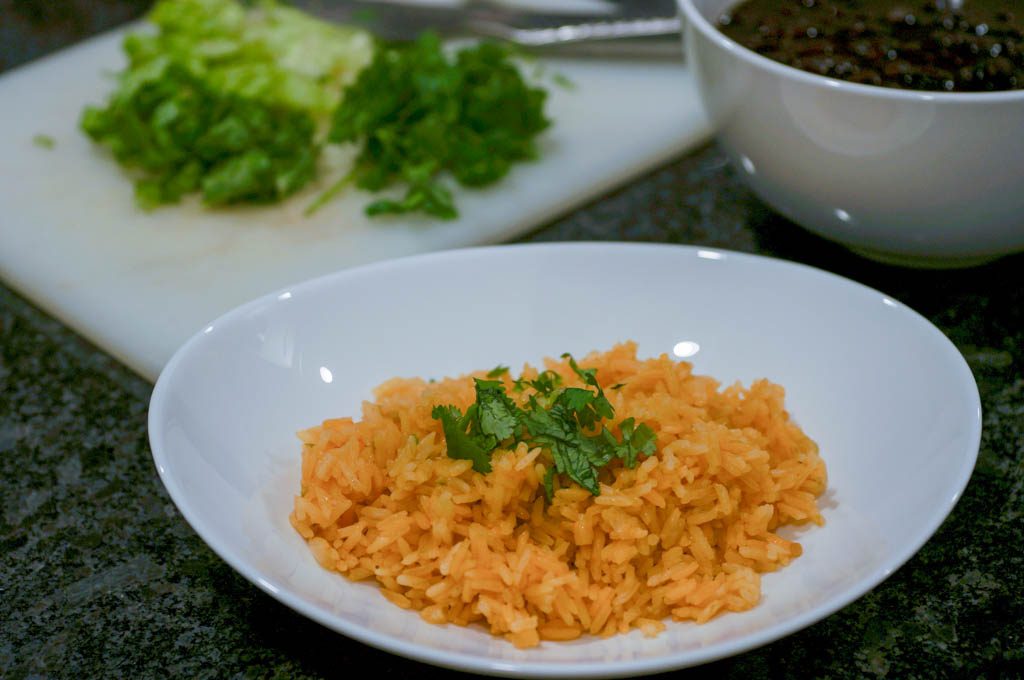 In an effort to simply dinner last weekend, I busted out my Instant Pot to make some yummy Mexican food. For those who aren’t in the know, the Instant Pot is an electric pressure cooker/the greatest invention of the 21st century. It cuts cooking time by hours, in some cases, making weeknight dinners a breeze. The Instant Pot is great for making black beans from scratch in hardly any time at all, as well as shredded chicken in even less time. If you don’t have one, you should really consider getting one. I can’t believe it took me this long to bite the bullet and buy one!

Now that I’ve gotten you all excited about the Instant Pot, I’m going to shatter your dreams by posting a regular old stovetop recipe that’s a perfect accompaniment to a Mexican meal: Five-Ingredient Mexican Rice. I normally make plain white rice to serve alongside (or inside) my Mexican tacos or burritos. I wanted to change things up a little bit, though, and decided to spice up my rice (with something that is quite literally spicy. Get it? Am I hysterical or what?). I had found a great recipe on Pinterest for Mexican rice, but it had tons of ingredients and was, quite honestly, kind of a pain to make. I mean, I don’t want to get out tomato sauce, diced peppers, a bunch of spices, and a bunch of other stuff that I don’t have at home and would have to go to the store to buy just to make rice. There were also a lot of steps that I didn’t feel like following. So, I decided to make my own shortcut version of this rice, and I’m happy to say it worked. 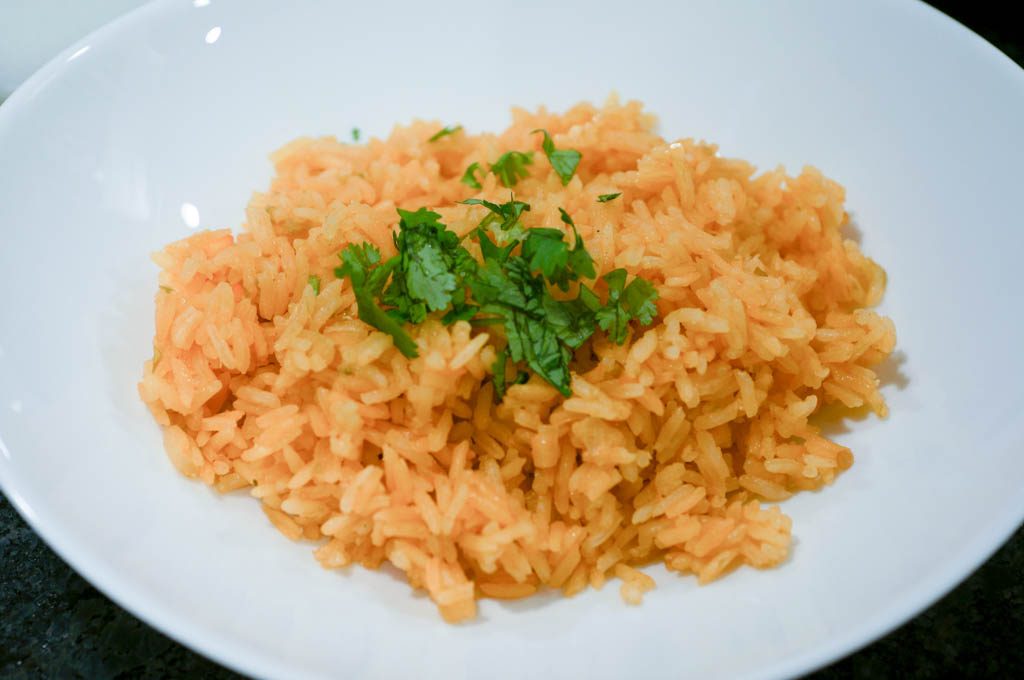 You might be wondering how I condensed the recipe down into so few ingredients. I wish I could say that it’s because I’m a genius, or a secret professional chef, but I’m sadly neither of those things. As in any shortcut recipe, I thought through the ingredient list, and tried to find new ingredients that contain many ingredients within them. What has tomatoes, peppers, onions, and spices? Salsa. What has a bunch of Mexican spices? Sazon (one of my favorite spices–a mix of garlic powder, coriander, and cumin, along with salt and MSG. Buy some now). By using these ingredients, which I always have, I was able to pare down the ingredient list to just five things (not counting water, salt, and the optional cilantro garnish).

The best part of this amazing recipes? I’ve been eating leftovers for lunch for the last few days, and they’re still so yummy! Stay tuned for Instant Pot recipes to accompany this rice. 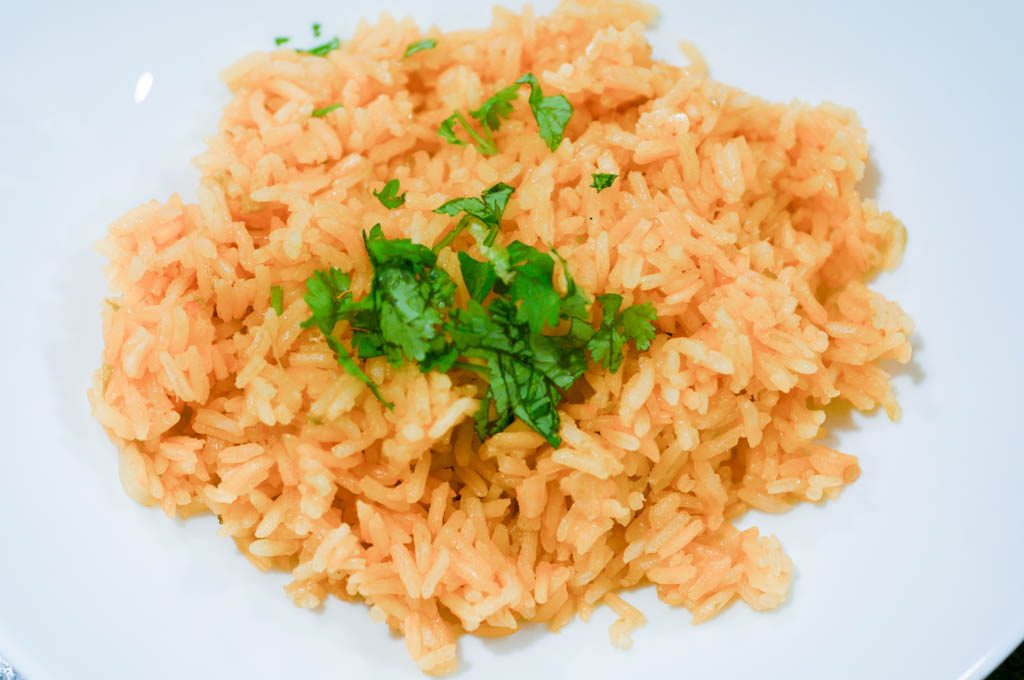 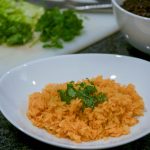