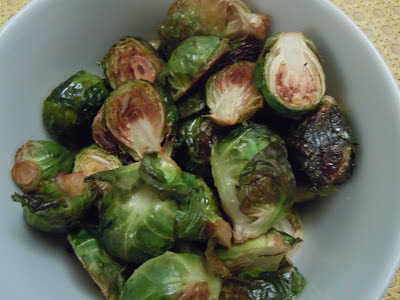 Remember when everyone thought Brussels sprouts were gross? I do. It was the ’80s, and most of the ’90s (and probably the ’50s through ’70s, but I wasn’t around then). Now, Brussels sprouts are huge (figuratively speaking). Everyone is making them. Heck, even Diran brought them home from the grocery store (Russo’s, the best store ever) last week. Know why? Because they’re actually delicious! Why wouldn’t you love them? When cooked well, they’re crispy, a little sweet, and can be flavored with a variety of seasonings. They’re as healthy as can be, too, so you feel good eating them. I had to jump on the bandwagon and post my own unimaginative recipe. This is both because I love them so much, and also because they’re easy to write about and photograph. If you’ve never liked them before, I encourage you to try roasting them with garlic and then decide how you feel. Enjoy! 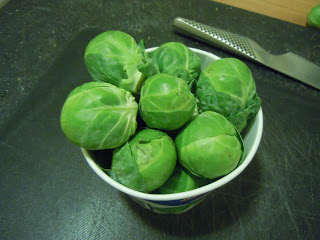 Cut them in half.

Drizzle with olive oil, chopped garlic, and salt on a baking sheet. 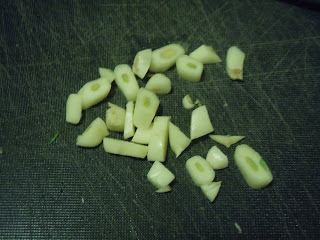 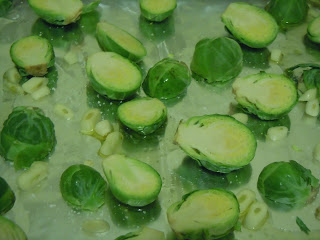 Toss with your hands, then spread them out. 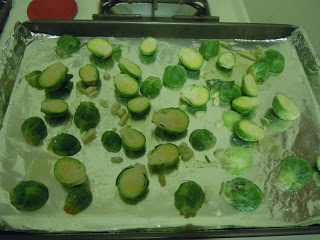 Roast in the oven for 20-30 minutes until they’re starting to brown and are crispy along the edges. 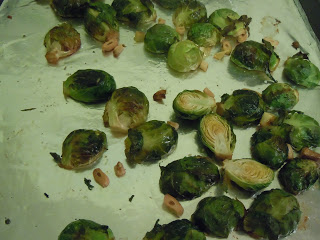 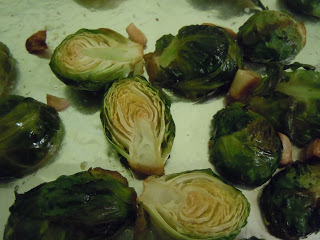 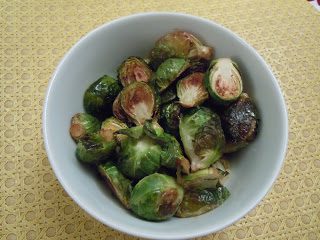 Preheat the oven to 350 degrees. Place the brussels sprouts and garlic on a foil lined baking sheet. Drizzle the olive oil over the brussels sprouts and sprinkle the salt. Toss everything together to evenly coat the brussels sprouts with oil and salt, and spread them out (cooking/science fact: if they aren’t spread out enough, they won’t get hot enough to brown and instead will steam. So, spread them out). Bake for about 20-30 minutes until the sprouts are brown on the outside. Doneness is pretty subjective; if you want more crispy sprouts, cook longer. If you want less crispy ones, take them out earlier.